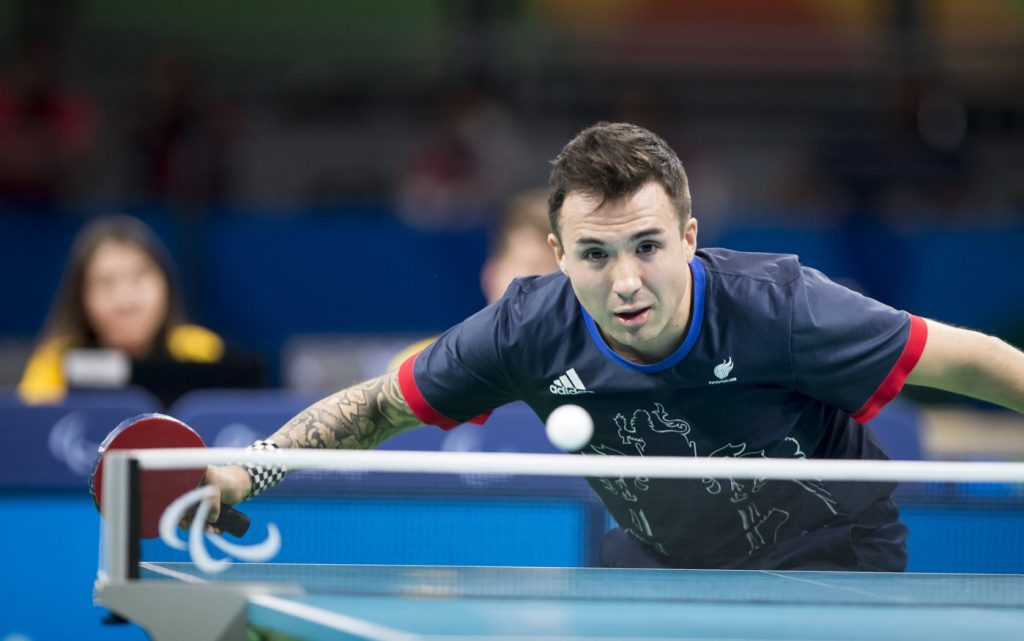 William John Bayley with, a rare congenital disorder that was to affect all four of his limbs. With achievements such as the Bill McGowran Trophy for his outstanding achievements in Paralympic sport in the 2016 Sports Journalists Association Awards. He was awarded an MBE in the 2017 New Year’s Honour’s list.

William John Bayley was born on 17th January 1988 in Poole, Dorset. Before he was born, Will’s parents knew that he would have arthrogryposis, a rare congenital disorder that was to affect all four of his limbs.

His feet were splinted from birth and at three months old Will underwent his first operation, which was to see him in plaster for several months. Many more reconstruction operations were to follow at Great Ormond Street Hospital (GOSH), under the direction of the late John Fixsen, a world renowned paediatric orthopaedic surgeon.

By the age of three, and with the aid of magic Pedro boots and a frame, Will was, at last, able to walk. During these early years Will was always happy, but also full of courage and determination. The family moved to Groombridge, Kent, in 1993 and both Will and his brother joined the local St Thomas’ School.

At the age of seven, Will became unwell and was diagnosed with non-Hodgkin’s lymphoma, a cancer of the lymphatic system, and began a six-month course of chemotherapy at the now very familiar Great Ormond Street Hospital. Treatments for lymphoma were under development at that time, and Will was one of just ten children enrolled onto a clinical trial for the now commonly used chemotherapy agent, vincristine.

Unable to play any contact sport due to his ‘Hickman line’, which was used to administer his chemotherapy, Will’s Grandmother bought him a table tennis table. Quickly Will discovered he was quite good at table tennis and it was the one sport at which he could beat his older brother.

At the age of 11, Will joined Byng Hall Table Tennis Club in Tunbridge Wells where he continued to improve through his dedication to training and gaining match practice by enter competitions each week. By the age of 16 Will was representing Kent men’s team of ablebodied players, in the Kent league, as his table tennis continued from strength to strength.

After leaving school, Will was awarded a place at The Brit School for Performing Arts, Croydon, to embark upon a Theatre Studies course. He continued to train in the evenings at Byng Hall TTC and take part in table tennis competitions at the weekend and it was during this time that he met fellow Paralympic table tennis player, Joe Stotesbury.www.willbayley.com

Both Will and Joe soon moved to Bristol to continue their studies and, more importantly, to train at the Felton Table Tennis Academy in Bristol where Will spent the next two years before moving to Sheffield.

Assessed as Class 6, where Classes 6-10 are for non-wheelchair athletes, Will joined the Paralympic team. As the 2008 Beijing Paralympics approached, Will reached No 5 in the world rankings, but just before the Games started he was re-classified to Class 7 for more able bodied athletes. His ranking dropped from No 5 in the world to No 43 and Will’s dream of winning a Paralympic gold medal immediately faded.

Subsequently, Will was awarded the Bill McGowran Trophy for his outstanding achievements in Paralympic sport in the 2016 Sports Journalists Association Awards. He was awarded an MBE in the 2017 New Year’s Honour’s list.